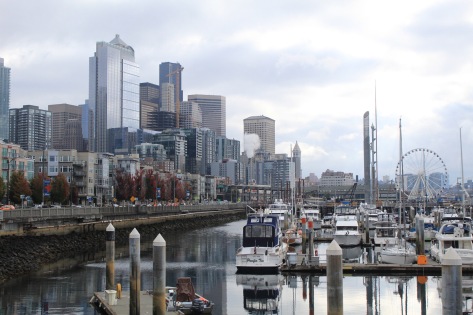 The Airbnb we stayed was ten minutes driving from the downtown district of Seattle.
The perfect size with quite the peculiar out-of-town host. Study books of religions, relics from around the globe and a very simple bedroom setup a little disorganized that gave the illusion of a traveler who used this as home base. Unbeknownst to us due to blackout curtains in the room that the rain had finally subsided as we slept in until 8am. Trying to get ahead we cleaned up, packed out bag and cruised downtown to explore a bit. 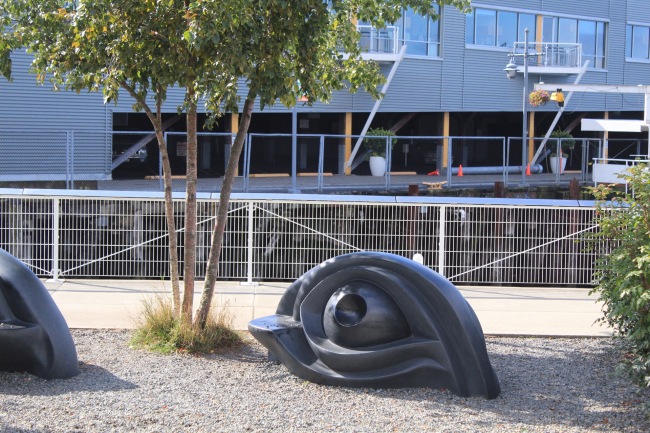 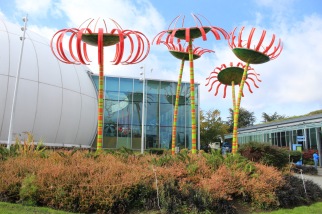 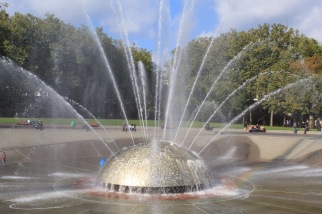 Bia had just visited a couple months prior for a weekend in which she found a host Couchsurfing but I hadn’t visited and wanted to experience as well. She turned into the official tour guide for the visit.

Our first stop we swung in toward the Space Needle. Still in use and a landmark of the Pacific North West, it was once built for the 1962 World Fair. Visitors ride the elevator just over 700-feet high but as majestic as the view may have held, we maintained our budget and just took some pictures outside. We grabbed some locally roasted coffee as Seattle is quite known for it across the street before wandering through the artistic gardens. It was a delightful stroll through the park as a light dusting of water fell from the sky before revealing it’s forget-me-not blue hues along with the radiance of the sun. Something I hadn’t been expecting as I was under the impression that the clouds didn’t leave to often.

We took advantage of the suns warmth with the temps in the mid-40’s to tromp around
the Pike Place Market, I mean everyone that travels here has most likely stopped through. This market is one of the older public farmer markets in the United States dating back to 1907 reflected by some of the old tiling, trim and other structural interests.  Fresh fish could be seen tossed between purveyors as delighted customers waited in lines. Everything from artisanal wood carvings, blown glass, natural cosmetics, fresh-picked fruit, hand woven goods and beyond could be found. 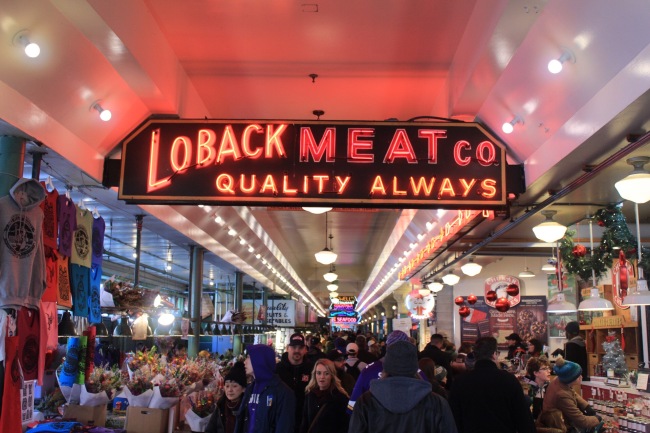 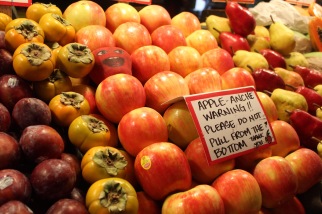 Tucked in an alley that cut through the lower area of the market and outside of the vendors stood a marvelous, yet unpalatable wall stuck with all of the spectrums colors. A gum wall that gets a good power wash every now and then has chewing gum from thousands of offenders (just kidding, it’s what the walls known for) spelling out names in ornate design. Social-media lovers and more flood the corridor setting up the best selfie, blowing a bubble of course while careful not to get to close and stick to the art. 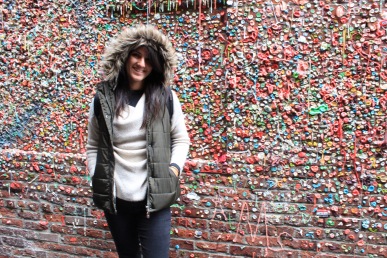 After our photo opt (which we didn’t have gum anyways) a block away stood Pier 57. Meandering along Elliot Bay we made our last stops along the Seattle Great Wheel, a massive ferris wheel that at one time was the largest on the U.S. west coast and by a beautiful totem pole before scurrying back to the car before are meter ran out.

Our agenda for the rest of the day was to make way through Washington and as far as possible into southern Montana before calling it for the day. With light snow in the forecast we hopped on the road shooting for as much available day-light travel. Our idea was to cover as much ground toward the next destination, Yellowstone National Park. 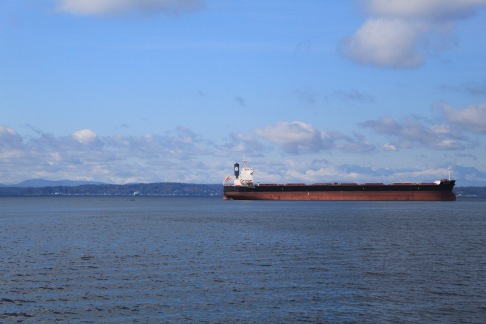 Along the way we popped through Coeur d ‘Alene, Idaho a festive decked out holiday town. My hopes were to at least reach Missoula which was just over seven hours but with still energy to head further and Bia’s ability to find the best spots on Campendium we set course for Homestake Pass campground outside of the small town Homestake just past Butte, Montana. Only a couple more hours of night driving until we’d be able to call it for the night…