Hours on the road and a true appetite built, we brainstormed what would be the best food in all of San Francisco. Of course China-town, clam chowder bread bowls and Cioppino all spoke to us but word on the street was that they did a stellar pizza-pie. San Diego had a number of pizza shops, some decent but it had been a while since we had last been wowed. 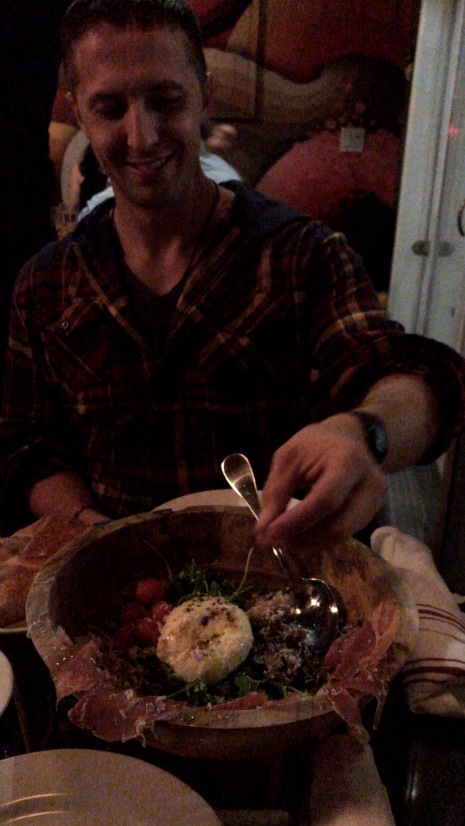 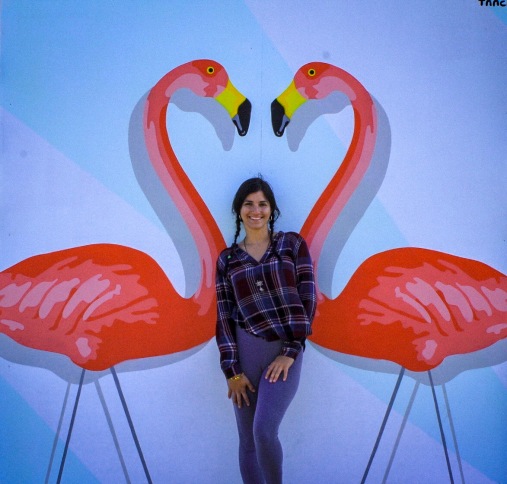 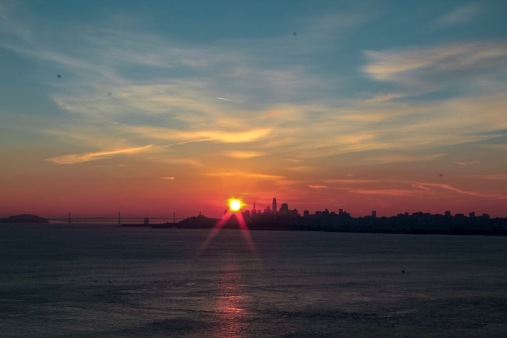 The “Pink Onion” did just that. A quaint shop just off the 101 by 14th St. and we were lucky enough to find a parking spot within walking distance. A beautiful seven seated wooden bar, finished cut log tables and a couple corner spots all tightly, yet barely fitting. We were able to nab a spot off the bat. Everything from the breads, burrata, olive oil and margarita pizza were superb. Done simply yet with thought. Within ten minutes of dining the rest of the space filled and ran a line out the door. Timing was on our side. 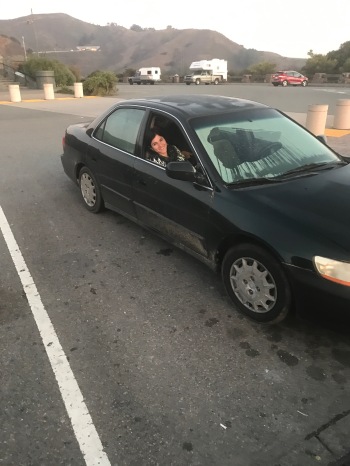 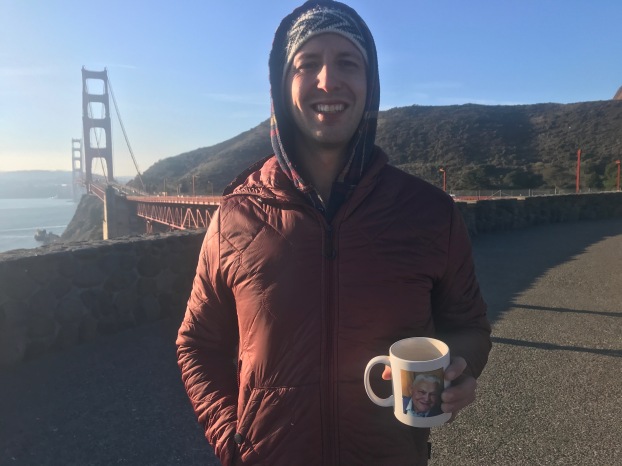 After farewells from the friendly staff we carried on towards the Golden Gate bridge. Our first time crossing the Golden Gate bridge, a wonderful experience yet a bit shorter than had expected (I, Alex grew up close to the Mackinac bridge, a 5-mile long suspension bridge). Still an exceptional view, especially from the foot of the bridge where sat the rest area parking lot, nearly empty. 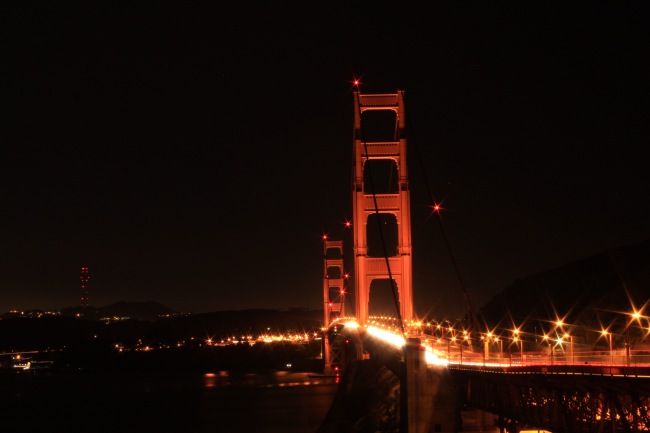 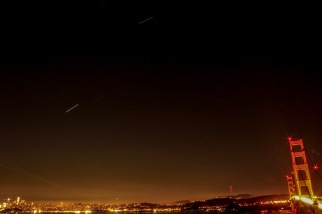 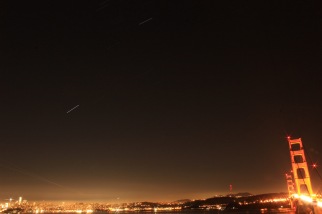 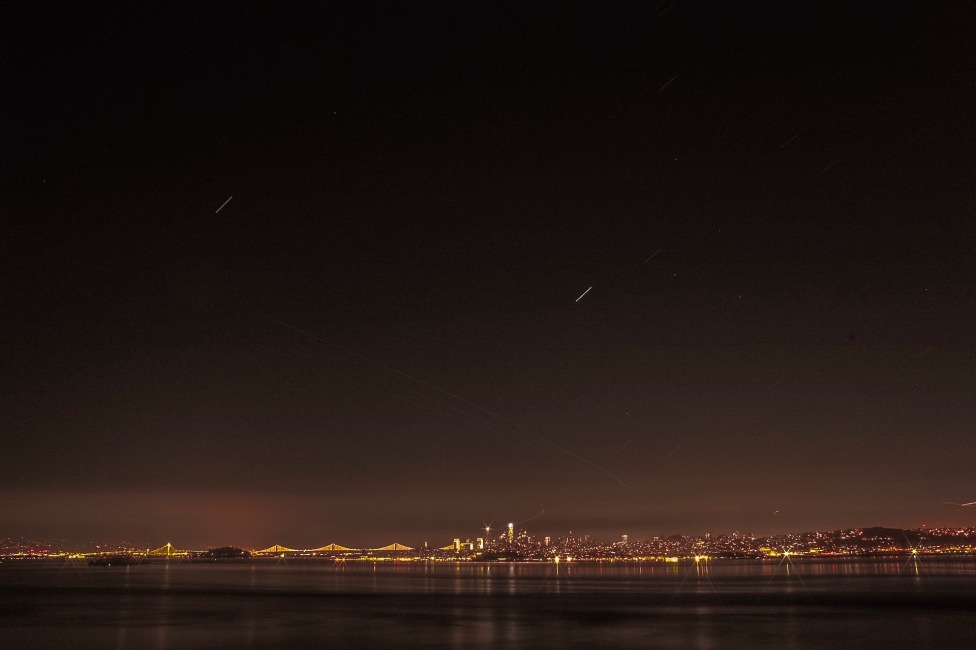 I was under the impression initially from the reviews that people had actually pitched up tents but realized at arrival it was car camping solely. I didn’t expect a campground per se but some grass to set up on just to clarify. None the less we prepped the sleeping bags and set the Canon up for some long exposure shots of the city and the bridge. Not a cloud in the sky nor the city glow suppressed the brilliance of the starlight. The constellations crystal clear hung above us as how planetariums try to emulate. Absolutely unreal. With tourists spending time along the edge of the park and a popular selfie area we took our last few photos of the night, snuggled in our mummy bags and closed the evening with Netflix as we slipped away, light banter fading in the background.

The crack of dawn and still minimal clouds in the sky prompted us up to try to capture sunrise. We pulled the cooking goods onto the trunk door and set up the breakfast station, just about the same as we’d been cooking; eggs, potatoes with onions and coffee. We befriended our neighbors parked in the spot just next to us, Jesper and Oskar. 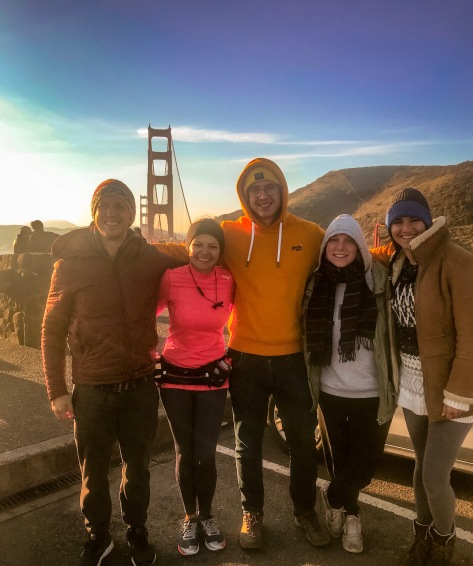 A couple from Sweden road tripping the western states by car for a couple weeks shared stories and experiences as we cooked. Next we had an early morning runner in need of a quick charge on her phone. Another tourist, Natalia from Colombia now living in Miami and another new friend. After a few more pics and of course stories and laughs we packed up shop and readied for a few touristy stops of our own. Plus it seemed we were becoming part of a tour guides point of interest as he pointed toward us and our vagabond like set-up as everyone in his bus waved. It was as if we were on the other side of the window of the baboon exhibit looking out. All good things tho

The bridge toll was a low price of eight dollars and this was the city of tolls as we were beginning to understand. The drive ahead was going to be a little over ten hours according to Google so we budgeted our time to leave by noon. 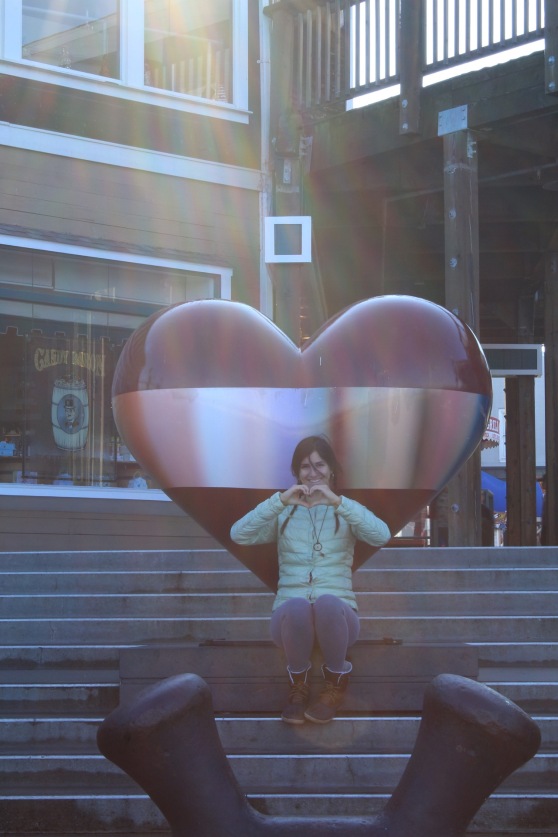 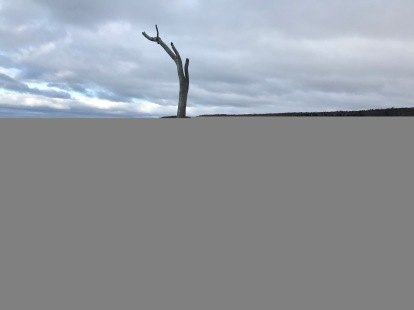 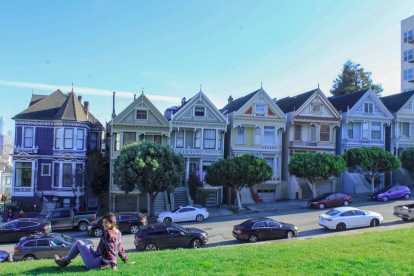 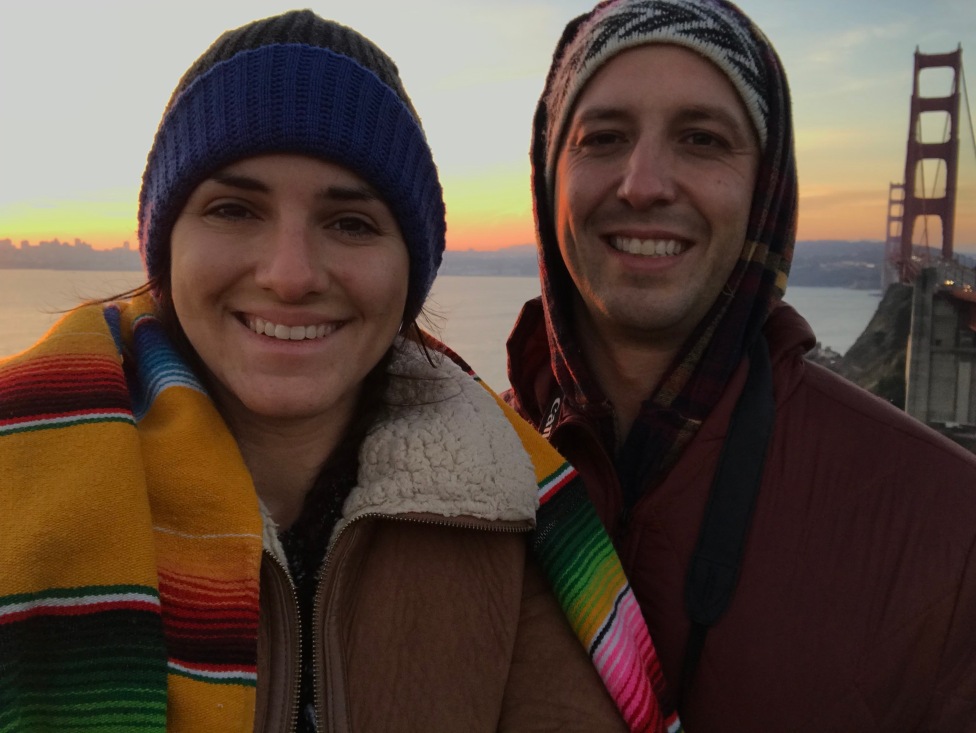 First stop was Pier 39. A very touristy setup with restaurants and other gimmicks but agreat view of the Alcatraz Island, the Golden Gate and the city on the hill. Amongst the crowd more so a little more relaxed were the sloths of the water, sea lions. Squeezing, nearly lying on top of each other on a number of docks, nearly forty of these obese hunters of fish lazily basked under the sun. 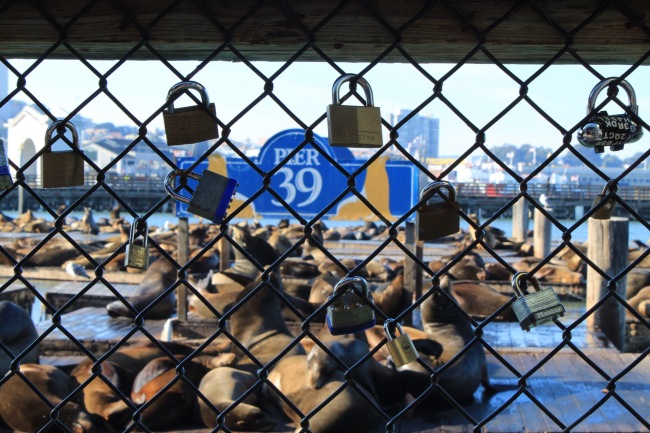 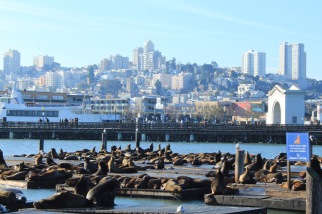 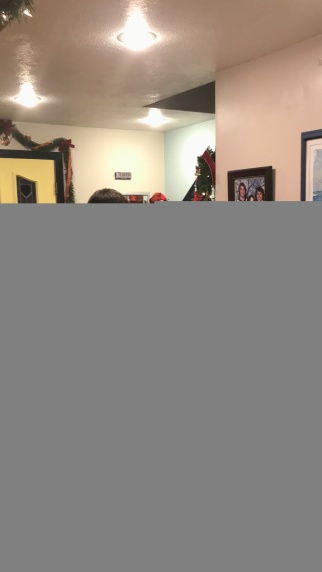 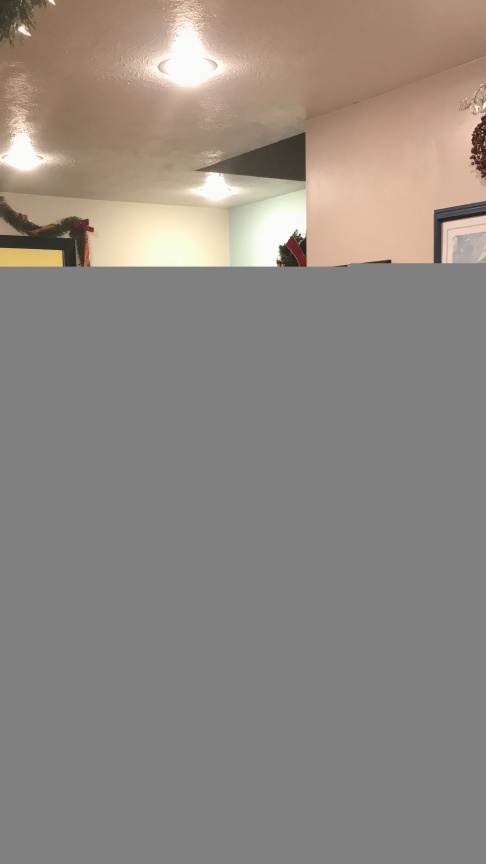 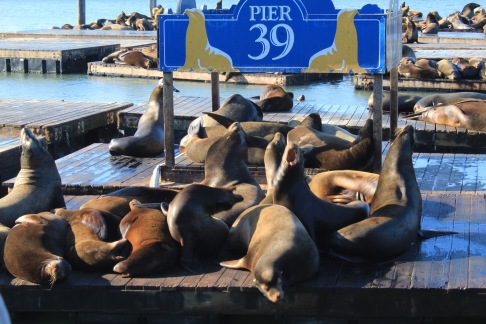 Our next stop was Lombard street, an old street that reached one of the highest points of the city and possibly the steepest hill I’ve ever driven up in my life. I’ve mentioned in a previous post the mindfulness of extra stress on the transmission as it’s a trooper but with much wear and these San Francisco streets were steep as all could be. Especially the tip of Lombard. It was almost as we were pointed at the sky for an eighth of a mile behind traffic, wondering if we would or could make it. From the peak you could see just 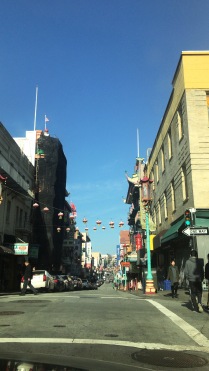 about the stretches of San Francisco. A extremely tight winding road, about the size of a sidewalk led us to the bottom of the hill and on towards “The Painted Ladies.” These Victorian houses on Steiner street were painted of just a few colors, mostly pastel and stood in a row, a blast from American architectures past. Before calling it for our time in SF we made way through Chinatown, the largest chinatown outside of Asia. Narrow streets filled with overhanging strings of lamps and banners and an abundance of shoppers cramped our driving style but slowed down life for a moment before our next enduring trek.

A couple more tolls and we were back across the Oakland bridge and on our journey towards Portland, Oregon…

There was an error retrieving images from Instagram. An attempt will be remade in a few minutes.